Recently, Sergeant House was featured in the Western MA chapter of the American Institute of Architects (WMAIA) summer newsletter. Valley Community Development has owned and operated the antique building (circa 1820) in Northampton since 1990 as a traditional 15-room Single Room Occupancy with 1 common kitchen and 4 common bathrooms.  Prior to 1990, the building served as a family homeless shelter and a former lodging house. Below, find an excerpt from the article from

BEFORE + AFTER | DIETZ & COMPANY ARCHITECTS, INC.

About
Sergeant House is an 1820s Federal, Italianate building located in the Pomeroy Terrace Historic District in Northampton, Massachusetts. The building was previously used for both single- and multi-family dwelling, as well as an inn. The latest renovation, completed in 2020, highlights a new addition, and an extensive renovation and restoration effort to restore its character. The building has reopened as multi-family housing, consisting of thirty-one efficiency units for single residency occupancy that serve the housing needs in the community.

Historic Artifacts
Antiquities and unique historic elements were discovered throughout the house during demolition, including sheathing in the attic which was observed to have imagery from a circus advertisement, old glass bottles from Brookside Dairy, Inc. formerly of Northampton, MA, and Hampden Brewing Company, formerly of Willimansett, MA, and old photographs found inside the historic mantles. In addition to those relics, the historic post and beam structure of the existing house was found to contain live edge hand hewn beams with bark still attached which remained intact throughout the renovation and, along with other materials, was left in place to be rediscovered in any future renovations.

Reclaimed / Rebuilt
Significant effort was put into maintaining the
historic character of the building while updating
and modernizing almost every area. The first-floor monumental stair to the second floor was intended to be salvaged, but due to its condition it was reconstructed in its entirety to replicate the existing historic features and the original banister was refinished and reinstalled. 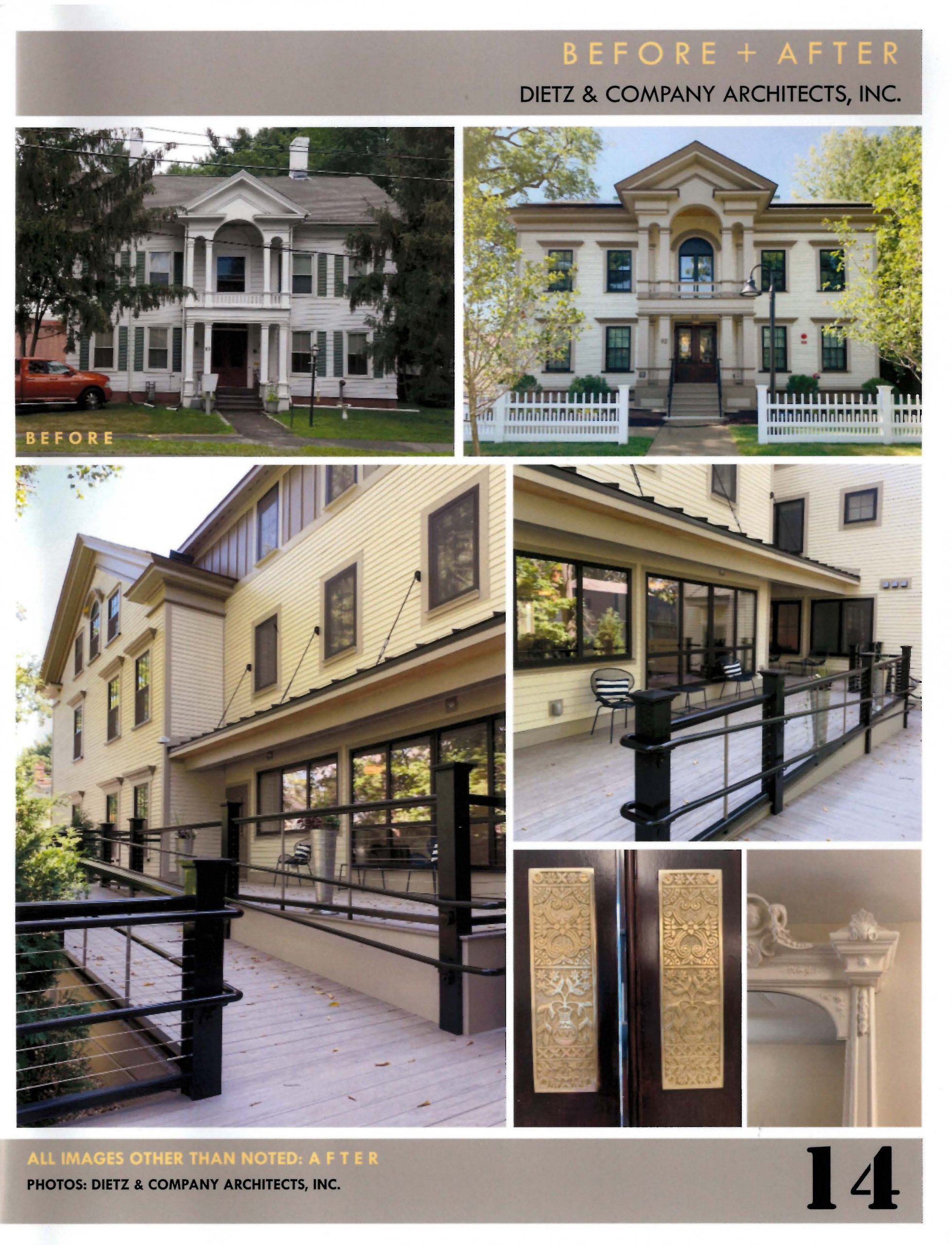