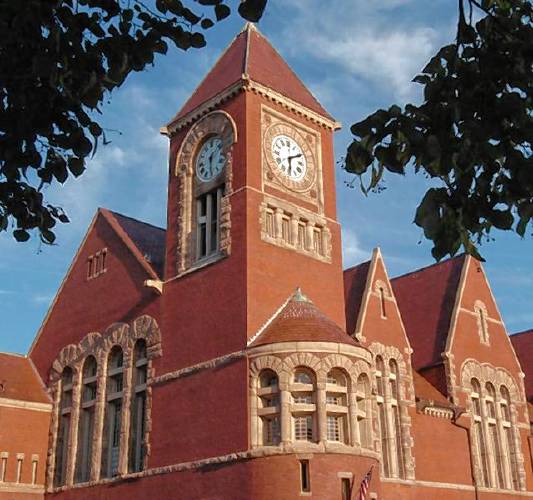 AMHERST — Amherst’s large college student population and limited housing supply has created a challenge in finding a suitable site for studio apartments for extremely low-income individuals, including some who are homeless.

But this week, after a more than two-year process, Valley Community Development Corp. of Northampton will purchase a home and nearly 1-acre site on Northampton Road that could become Amherst’s first single-room occupancy project, where residents will receive case management and supportive services.

Laura Baker, real estate manager for Valley CDC, said Wednesday the acquisition of the property, which is near Amherst College’s athletic fields, is the culmination of what she calls an “exhaustive” search, but just the beginning of a project estimated to cost close to $5 million.

“Securing a site is a major milestone,” Baker said. “We have identified a property in a great location, about halfway between downtown and University Drive.”

The property, which could accommodate up to 28, 240-square foot “SRO” units, each with its own kitchenette and bathroom, is within walking and biking distance of shops, like Big Y Supermarket and CVS Pharmacy on University Drive, and the office of Amherst Community Connections, the John P. Musante Community Health Center and the resource center operated by Craig’s Doors, Inc., which also runs the town’s seasonal homeless shelter.

Baker said the funding and permitting to create the project will still take time, with opening still likely two to three years away. Valley CDC will seek money from the state Housing Innovations Fund and Affordable Housing Trust Fund, both for $1 million, and then a comprehensive permit under the state’s chapter 40B law, which will require a Zoning Board of Appeals special permit hearing.

John Hornik, chairman of the Amherst Municipal Affordable Housing Trust, said the project has the strong support of his committee. At a recent meeting, members of the trust ranked creating these SRO units as the highest priority for CPA funds.

Valley CDC brings extensive experience with similar projects, owning and operating four sites with 53 studio apartments in Northampton and Florence. It has also worked in Amherst to create 11 family rental units at 683-687 Main St., completed in 2008, and eight homes on Charles Lane, sold to homeowners in 1996.

“There’s nothing quite like this in Amherst,” Baker said about the project, adding that it has been the missing link in the housing stock in town. Affordable family housing has been more common, including projects such as Olympia Oaks and Butternut Farm, and portions of the under construction North Square at the Mill District.

Baker said the project is not designed for undergraduate students and funding rules from state programs would prohibit their living on site.

The stage was set for allowing such a project when Amherst Town Meeting in May 2017 amended the town’s zoning bylaw to allow all apartments in a project where people make under 80 percent of the area median income to be of one bedroom type. Zoning otherwise requires a mix of styles of apartments.

Baker said Valley CDC has already done site analysis for what would fit on the site, but still has more study to do. The existing home could be renovated into four units and a possible two to three-story addition would create the remainder of units.

Work is also underway to get memorandums of agreements with social service providers so when it opens, a residential services coordinator will be on site.

Scott Merzbach can be reached at smerzbach@gazettenet.com